Previously, vapor intrusion risks may or may not have been considered by environmental consultants when identifying recognized environmental conditions (RECs) during the Phase I ESA process because the evaluation of vapor intrusion risks was not specifically required.  ASTM has now formalized a vapor encroachment screening process which is intended to be considered during real estate transactions.  That standard, ASTM Standard Practice E 2600, was first issued as Standard Practice for Assessment of Vapor Intrusion into Structures on Property Involved in Real Estate Transactions in 2008, then extensively revised and renamed Standard Guide for Vapor Encroachment Screening on Property Involved in Real Estate Transactions on June 1, 2010.

E 2600 states “the purpose of the guide is to provide practical guidance and a useful process for conducting a vapor encroachment screen (VES) on a property parcel involved in a real estate transaction in the United States of America….”  The goal of the vapor encroachment screening (VES) “is to identify a vapor encroachment condition (VEC), which is the presence or likely presence of COC vapors in the subsurface of the target property caused by the release of vapors from contaminated soil or groundwater either on or near the target property as identified by Tier 1 or Tier 2 procedures.”  The two-tiered VES process utilizes information similar to that obtained during a Phase I ESA.  Information collected during a Tier 1 VES includes:

A Tier 2 VES is a more refined screening that uses numeric data obtained through file/existing document reviews or collected via invasive sampling of soil, soil gas, and/or groundwater.  The findings of the VES are used to develop opinions on whether a VEC exists, likely exists, or cannot be ruled out.  The results of the VES can be presented in the Phase I ESA report if the VES is performed in conjunction with a Phase I ESA.

As stated in the guide, the use of E 2600 is voluntary and does not alter U.S. EPA’s All Appropriate Inquiry requirements, nor does it necessarily address requirements of federal, state, or local laws with respect to vapor intrusion.  ASTM states that E 2600 is not to be a replacement for Practice E 1527 and that the VES can be performed independently of or in conjunction with Practice E 1527.  It is not known whether or not the ASTM task group reviewing the Standard Practice for Environmental Site Assessments (E 1527) will incorporate by reference the E 2600 Guide into the Phase I ESA process when E 1527 is re-issued.

The U.S. Department of Housing and Urban Development (HUD) decided in 2009 to require a Tier 1 screening in accordance with E 2600 for Phase I ESAs of multifamily properties prepared per the specifications outlined in their MAP (Multifamily Accelerated Processing) Guide.  Time will tell if other Phase I ESA users such as lenders, insurers, or other agencies will follow suit especially in light of HUD being the first federal agency to require the screening to be completed as part of a Phase I ESA.

So you may ask, “Do I now need to add a VES to my Phase I ESA?”  ASTM encourages discussions between the environmental consultant and the Phase I user to decide whether a VES is appropriate and/or recommended for the project.   Heavy emphasis is placed on the opinion of the Environmental Professional (EP) on the need for the VES and at what phase of the project it should be implemented.  This suggests that it is very important for the EP to understand the objectives of the Phase I user and their scope and schedule limitations for the assessment activities.

The impacts to the Phase I ESA process by E 2600 and its adoption as standard practice by HUD, as well as the possibility of its incorporation into the update to E 1527, will need to be followed closely in the coming months.  There are also unknowns associated with the use of E 2600 that can only be evaluated through it implementation and legal precedence.

CEC will follow this issue as it continues to develop and will provide periodic updates as needed.  In the meantime, should you have any questions about E 2600 and how it may impact an upcoming project or ESAs in general, please contact Jennifer A. Ewing, P.G. (jewing@cecinc.com) or Mary J. Guinee (mguinee@cecinc.com) in the Pittsburgh office at 800-365-2324 or Jim Zentmeyer (jzentmeyer@cecinc.com) in the Cincinnati Office at 800-759-5614. 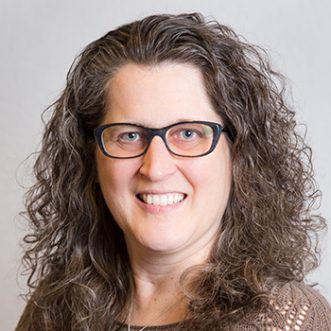 Jennifer A. Ewing, P.G., is a Senior Project Manager in CEC's Environmental Engineering and Sciences Practice at our Pittsburgh headquarters office. She is a certified Asbestos Inspector.

Modifications to the Phase I ESA Process – Part 2

Upcoming Modifications to the Phase I ESA Process