Conclusions of “Duke Paper” Not Supported By Limited Data

The Proceedings of the National Academy of Sciences (PNAS) recently published a letter coauthored by Mark Orzechowski, P. G.,  of Civil & Environmental Consultants, Inc. and Tarek Saba, Ph. D., of Exponent, Inc.  The letter was written in response to an article published earlier this year by PNAS, entitled Methane Contamination of Drinking Water Accompanying Gas-Well Drilling and Hydraulic Fracturing, written by Osborn et al.  The article is typically referred to as the “Duke Paper” by many in the natural gas industry.  Based on the results of 68 water-well samples, Osborn et al. concluded that there was evidence of increased concentrations of thermogenic methane in water wells near active gas extraction areas compared with water wells outside active gas extraction areas.  The Osborn study also concluded that the thermogenic methane in the water wells was consistent with Marcellus Shale gas.

The response letter by Mr. Orzechowski and Dr. Saba indicates that the data set presented in the study was too limited to support the conclusions provided by the authors.  In addition, Mr. Orzechowski and Dr. Saba provide evidence that natural gas from the much shallower Lock Haven Formation is the more likely source of methane in the water wells sampled in the study (many of those water wells are completed in the Lock Haven Formation).  The studies behind the “Duke Paper” also failed to analyze for carbon and hydrogen isotopes in the methane and ethane, which would be required to determine if the methane was related to the Marcellus gas extraction operations.  The response letter concluded the limited data presented in the “Duke Paper” do not support the presence of gas from the Marcellus Formation in private water wells in the vicinity of gas extraction operations.  Click here to see the response letter.

If you have questions on the conclusions reached by Mr. Orzechowski and Dr. Saba, please contact Mark Orzechowski, P.G., (morzechowski@cecinc.com) at 800-365-2324. 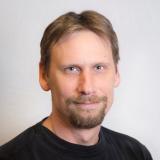 Mark Orzechowski, P.G., is a Principal in CEC's Environmental Engineering and Sciences Practice at our Pittsburgh headquarters office.