This year, National Surveyors Week is March 17–23! What is National Surveyors Week, you may ask? Celebrated annually since 1984 during the week of March that begins with the third Sunday, it has been recognized by numerous cities and municipalities, governors, and the President of the United States. It is a week to honor the contributions and accomplishments of professional surveyors throughout American history, which includes such notable persons as George Washington, Thomas Jefferson, and Abraham Lincoln (three of the four presidents on Mount Rushmore, which surveyors proudly refer to as “the three surveyors and the other guy”) as well as Benjamin Banneker, Daniel Boone, Henry David Thoreau, Charles Mason and Jeremiah Dixon (of Mason–Dixon Line fame), and William Clark (of Lewis and Clark). The measurement of land boundaries as a critical component of private land ownership was one of the greatest contributions toward the growth and development of the U.S.

Today, there are more than 45,000 professional surveyors in the U.S. who continue the critical role as “expert measurer” by utilizing advanced technology such as GPS, 3D laser scanning, robotic survey instruments, and unmanned aerial systems (UAS) to map property boundaries and surface features for design, development, mapping, and conveyance of real estate.

It is not only a week to recognize the contributions that surveyors have made to our country and society, but also an opportunity for professional land surveyors to raise public awareness of this great profession by giving back to the community through volunteering. Throughout the country, surveyors will participate in the “GPS on Bench Marks” campaign, which requires four-hour GPS measurements of specific survey monuments to strengthen our geospatial framework. This geospatial framework is used for activities such as mapping floods; building roads, buildings, and bridges; and guiding airplanes and driverless vehicles. Locally, surveyors will volunteer for career presentations at schools, layout improvements for parks and non-profit organizations, and participate in Boy Scout merit badge programs.

At CEC, one such opportunity to give back to the community during National Surveyors Week will be providing the layout of eleven soccer fields for the South Fayette Soccer Association in Allegheny County, Pennsylvania.

In recent years, the National Society of Professional Surveyors (NSPS, based in the U.S.) and Comité de Liaison des Géomètres Européens (the Council of European Geodetic Surveyors, based in Belgium) began an initiative with the Fédération Internationale des Géomètres (the International Federation of Surveyors, based in Denmark) to designate March 21 as Global Surveyors’ Day. 2018 saw the first recognized celebration, which marks this year as the second.

Join us in recognizing the ongoing contributions of professional surveyors! For ideas, download this flyer from NSPS. How are you going to celebrate or give back? Share below in the comments! 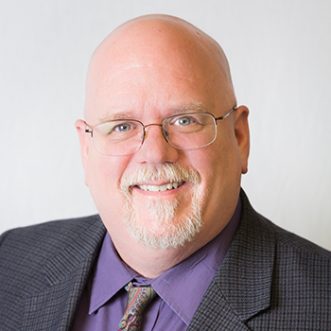