On Jan. 8, the Pennsylvania Department of Environmental Protection (DEP) published the long-awaited “Pennsylvania Function-Based Aquatic Resource Compensation Protocol,” which goes into effect on March 1, 2022. The draft document was issued for public comment nearly eight years ago and received 142 unique comments from 17 commenters. The Compensation Protocol is the companion guide to the “Pennsylvania Wetland Condition Level 2 Rapid Assessment Protocol,” which was published in January 2017.

The Compensation Protocol establishes a standardized system for calculating the required compensatory mitigation for impacts to Waters of the Commonwealth (i.e., streams, wetlands, and ponds/lakes) and for determining the credits that a proposed mitigation site would generate. Mitigation in Pennsylvania has historically been based on loss of area or the conversion of one resource type or class to another (e.g., forested wetland converted to an emergent wetland); whereas now, the Compensation Protocol also considers the loss of functions and values of Waters of the Commonwealth.

The Compensation Protocol is not industry-specific—it will apply to any activity that impacts Waters of the Commonwealth. However, some of the changes may affect certain industries more than others. For instance, utility line crossings of wetlands and streams typically do not result in a loss of resource acreage. Compensatory mitigation for these activities generally has not been required, unless there was a conversion from one resource class to another. Now, under the new Compensation Protocol, resource functions are also taken into consideration. Even when there is no loss in acreage or conversion of a resource, compensatory mitigation may still be assessed based on loss of functions. This can include temporary impacts lasting more than one year or impacts resulting from periodic maintenance and operations, such as mowing a utility right-of-way to suppress woody vegetation.

What remains to be seen is how the Compensation Protocol will be implemented. The protocol leaves room for the DEP to exercise its discretion, and how they choose to do so will certainly develop over time as its staff begins to understand it and apply it to real-world projects. The implications of the Compensation Protocol are significant, and we will be tracking its implementation closely over the next year. We will keep you apprised of any significant developments through future blog posts.

If you have any questions regarding the Compensation Protocol or how it may affect your project, please contact Peter Staudenmeier via phone at 412.249.2294 or email at pstaudenmeier@cecinc.com. 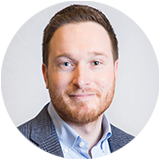