On December 15, 2020, the U.S. Fish and Wildlife Service (USFWS) announced its decision regarding the conservation status of the Monarch butterfly (Danaus plexippus), an important, yet extremely imperiled pollinator. The decision whether to list the butterfly under the Endangered Species Act (ESA) has been anticipated since 2014 when the USFWS received a petition requesting the Monarch butterfly’s protection under the Act. Populations of western Monarchs have drastically declined by more than 99% since the 1980s. Eastern Monarchs follow closely behind at 80%. This reduction in population would be comparable to losing every living person in the U.S., minus those in Florida and Ohio. The USFWS announced that while listing the Monarch under the Endangered Species Act is “warranted,” it is “precluded by higher priority actions.” Officials at the USFWS believe there are other listing actions that take precedence at this time. The Monarch is now designated as a candidate species for listing, meaning its status will be annually reviewed until it is no longer a candidate. Candidate species have no statutory protection under the ESA. Currently, there are more than 160 species ahead of the Monarch waiting to be listed.

Causes for the Monarch’s population decline are attributed to large-scale threats such as climate change and the reduction of their sole host plant: milkweed (Asclepias). Monarchs are temperature-sensitive species. Changes in climate can affect migration, reproduction, and wintering habitats. Unpredicted flowering seasons limit their ability to complete their migration. Increased use of pesticides, mowing, and wildfires are all responsible for the decline in milkweed. Milkweed is the only source of food for larval Monarchs. Without it, caterpillars are unable to metamorphose into butterflies.

If the Monarch still warrants federal protection by 2024, the agency will propose to list it. Being listed on the ESA would require the government to produce and finance a nationwide recovery plan that would help to restore long-term, healthy populations. It would make it illegal to intentionally kill these insects or modify their habitat without a permit. Federal activities that could harm critical habitat and survival, such as construction and registration of pesticides, would become heavily scrutinized.

In the interim, more than 30 non-federal companies and agencies that manage lands used for electric power generation, transmission and distribution (including solar), oil and gas transportation, and transportation (including roads and railways) have committed to participate in a nationwide Candidate Conservation Agreement with Assurances (CCAA) for Monarch Butterflies. A CCAA is a formal agreement between the USFWS and one or more additional parties. The goal of the agreement is to manage conservation needs of at-risk species before they become listed. This specific agreement is aimed towards influencing voluntary conservation on energy and transportation rights-of-way that will result in a net benefit to Monarchs. The agreement aims to enroll up to 26 million acres of lands contributing to more than 300 million stems of milkweed and 2.3 million acres of Monarch foraging habitat.

In the event the Monarch butterfly becomes listed, CCAA participants won’t need to comply with additional land, water, and resource use limitations or conservation measures on non-federal lands beyond those outlined in the agreement. The agreement contains measures established to minimize or diminish key threats to the Monarch butterflies caused by ongoing operations, maintenance, and modernization activities on rights-of-way. Periodic grading and vegetation clearing, structural maintenance and repairs, and replacement or modification of above- and below-ground infrastructure are all examples of activities that may pose a threat to Monarchs.

CCAA participants will identify lands they wish to enroll in the program. They will then adopt and implement conservation measures to create and maintain a proportion of their enrolled lands as Monarch habitat each year. The Monarch habitat will be monitored and reported on throughout the duration of the agreement (25 years). The participants will create, enhance, and maintain habitat for the butterflies.

Examples of measures include:

Additional eligible applicants may be enrolled in the CCAA at any time before an effective date of a final rule listing the Monarch as threatened or endangered under the ESA is determined. Specific information can be found at Monarch CCAA Webinars and Case Studies – Rights-of-Way as Habitat Working Group (uic.edu).

As described above, CCAAs can be useful tools that ensure conservation of imperiled species while also providing assurances to industry that their projects can be implemented. CEC consultants are experts at developing and implementing CCAAs. We understand how to identify species conservation needs while overlaying the potential impacts from a large variety of actions. In this manner, we can help our clients make important project permitting decisions while navigating a wide variety of ESA compliance options. 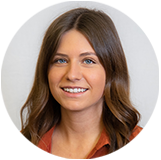