On September 18, 2015, the U.S. EPA proposed amendments to the Standards of Performance for Crude Oil and Natural Gas Production, Transmission and Distribution (Quad O) and a new subpart at 40 CFR 5360a et seq. (Quad Oa) for post-September 18, 2015, affected facilities. By the end of the comment period in December, U.S. EPA had received nearly one million comments. The proposed Quad Oa sets standards for both methane and volatile organic compounds (VOC) at natural gas and oil well sites, production gathering and boosting stations, natural gas processing plants, and natural gas compressor stations. In this blog, CEC focuses on the Quad Oa requirements for natural gas and oil well sites.

1. Leak Detection Methodology
The trade organizations stated that EPA should not dictate a specific technology for detecting leaks and that EPA should allow for any of the six or more other technologies or techniques, rather than requiring the use of OGI for leak detection. The trade organizations caution that the motivation to innovate these technologies will be greatly reduced if the rule precludes other methods from being used to detect leaks. As such, many commenters stated that the final rule should allow flexibility for leak detection including Method 21 and other future EPA-approved technologies.

2. Monitoring Frequency
The majority of the trade organizations are opposed to performance-based monitoring frequencies. The primary concern with such programs is that they oblige the operator to count and tag every component so that percentages of leaking components can be calculated. Industry’s perspective is that due to economics and safety concerns, the incentive to repair leaks is present regardless of a performance-based monitoring frequency. The potential for different facilities being monitored at different frequencies is expected to significantly complicate recordkeeping requirements without significantly improving the results. In addition to being a burdensome and costly requirement, commenters pointed out that EPA’s assumed fugitive emission reduction rates for inspection frequencies are not supported by well-documented data. Rather than performance-based monitoring, the trade organizations generally agree that LDAR monitoring should occur at a fixed annual frequency.

3. Focus on Gross Emitters
In the preamble to the rule, EPA references studies that demonstrate a majority of leaks from this industry (more than 80 percent in one study) come from a small segment of sources referred to as “gross emitters.” The EPA requested comment on a program focused on these “gross emitters.” The trade organizations are in agreement that the proposed rule should focus on emissions from these sources (such as thief hatches on condensate storage tanks) and not on the trivial leaks that can be detected by OGI. By drawing attention to these large potential sources, EPA enabled industry to point out the irrelevance of performance-based LDAR programs that would effectively equate a single super-emitter with an insignificant valve leak when determining the percentage of leaking components.

4. Initial Monitoring Timing
All of the trade organizations’ comments reviewed by CEC indicated their disapproval of the requirement that an initial monitoring survey be performed within 30 days. API pointed out that within the first 30 days of startup, extra temporary equipment will be on site. GPA discussed that the first 30 days after startup is a frenetic time when temporary construction staff and heavy equipment are on site. GPA and INGAA identified the discrepancy between the proposed Quad Oa and other existing rules for other industries. GPA pointed out that EPA allows for a 180-day initial startup window for fugitive emission monitoring in the synthetic organic chemicals manufacturing industry under NSPS subpart VV and VVa. INGAA stated that MACT standards at 40 CFR 63 subparts JJJ, KKKK, and ZZZZ allow 180 days or longer to complete the initial performance test. The degree of the extensions for the initial survey varied: IPAA and PIOGA requested a 60-day window while API, GPA, and INGAA requested 180 days.

CEC estimates that hundreds of comments are focused on these four topics alone. In addition to these four issues, other topics included:

For those interested in exploring the comments, they can be found at the following link to the main docket of the proposed rule: https://www.regulations.gov/#!documentDetail;D=EPA-HQ-OAR-2010-0505-4776

The EPA anticipated being finished with their review of the comments by the spring of 2016. CEC will be following the final rule development closely. In the meantime, if you have questions on any aspects of the NSPS for the oil and natural gas source category, please contact the post authors, Ben Blasingame (bblasingame@cecinc.com) or Kris Macoskey (kmacoskey@cecinc.com). Both individuals can also be reached at 800-365-2324. 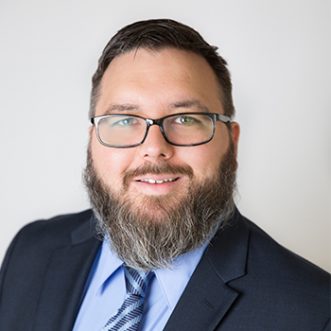