Proposed Revisions to the CCR Rules

Proposed changes to the U.S. Environmental Protection Agency (U.S. EPA) CCR Rules in 40 CFR 257 (Federal Register/Vol. 83, No. 51/Thursday, March 15, 2018/Proposed Rules) could have a significant impact on coal-fired power plants, especially with regard to groundwater monitoring requirements and close-in-place capping.

These proposed actions are estimated to result in net cost savings of between $25 million and $76 million per year for the industry. Cost savings are attributable to the proposed amendments against the baseline costs of the 2015 CCR rule.

Proposals Associated with the WIIN Act

If you have questions about any of the above-mentioned details regarding U.S. EPA’s proposed changes to the CCR Rules, please contact one of the blog post authors: Roy Stanley, C.P.G., in our Columbus office (rstanley@cecinc.com; 888-598-6808 ext. 3316) or Brianne Hastings, P.G., in our Pittsburgh office (bhastings@cecinc.com; 800-365-2324 ext. 1117). More information on the proposed changes can be found at the links placed within this post, or by visiting U.S. EPA’s website at https://www.epa.gov/coalash/coal-ash-rule. 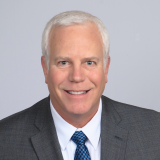