Proposed Waters of U.S. Rule and Implications for Site Planning and Stormwater Management

On April 3, The U.S. Environmental Protection Agency (EPA) and U.S. Army Corps of Engineers (Corps) submitted a proposed rulemaking for final interagency review to revise the definition of “waters of the U.S.” (WOTUS) in the Federal Clean Water Act (CWA). The revisions will affect the circumstances in which permits are needed to disturb and discharge fill material into streams, wetlands, or other waters. The EPA and the Corps jointly released the proposed rule in April 2014 and have since received almost one million public comments. The proposed WOTUS rule expands the types of waters that will be considered jurisdictional and subject to CWA permitting requirements through the use of various opinions from past Supreme Court decisions regarding the connections of drainageways and wetlands to downstream waters, as well as by proposing new WOTUS categories and definitions.

The proposed rule will allow the EPA and the Corps to assert CWA jurisdiction on a categorical and regional basis in cases where jurisdiction is currently questionable (e.g., ephemeral or discontinuous streams, isolated wetlands, and ditches), instead of requiring a case-by-case Significant Nexus Determination (SND) process. This SND process is a result of the 2006 Rapanos v. U.S. Supreme Court (Rapanos) case, which enables EPA and Corps staff to use the SND logic (or just the threat of a formal Jurisdictional Determination) to lay a de facto claim to any tributary streams or adjacent wetlands, including the uppermost extent of dry ephemeral channels and wetlands near, but lacking direct connections to, WOTUS. In most cases, when jurisdiction is in question for a project, applicants relent to the EPA and Corps opinions before the case is subjected to a SND, because the SND process can be time-consuming, cumbersome, and expensive. Therefore in practice, the new rule may have less impact on streams than on ditches, artificial drainageways, and isolated wetlands.

EPA claims that the rule would improve clarity and certainty regarding CWA jurisdiction, and stated in press releases that “confusion has led some people not to apply for permits where in fact they must” and that the rule would extend CWA jurisdiction to an additional 20 million acres of wetlands and more than half of our nation’s streams. However, the inclusion of drainageways and “other waters” into the rule on the basis of any hydrological or ecological connections, not just “significant” connections, would depart drastically from the Rapanos plurality decision that only channels with “relatively permanent” flow should be jurisdictional under the CWA.

The Ditch Issue and CWA Exemptions

Once a ditch or other area is under federal CWA jurisdiction, modifications or disturbance (including routine maintenance) may be subject to CWA Section 404 permitting requirements.  Unless the rule is revised and clarified, even constructed drainageways, swales, and similar surface flow conveyances would be considered jurisdictional unless it can be demonstrated that they are not connected to a WOTUS, and that they do not meet the definition of wetlands.  This is problematic considering that in many non-arid regions, the recently revised methodology for wetland determination makes it relatively easy to classify even very small, seasonally saturated areas with opportunistic hydrophytic vegetation as wetlands.

The rule appears to lay the burden-of-proof on the applicant to prove a feature is not jurisdictional.  Ditches are exempt from regulation under the rule and past Corps regulatory guidance letters if they: 1) are excavated in uplands, drain only uplands, and have less than perennial flow; and 2) do not contribute to flow, either directly or indirectly, to a WOTUS.  Since most ditches are constructed to collect and transport runoff to a discharge point at a stream or wetland, only ditches that are wholly disconnected from a watershed  and remain dry during most of the year are likely to qualify for these exemptions.

The original CWA also provided conditional exemptions for other activities, detailed at the links below, which are preserved with the new rule.  However, use of these exemptions can be contentious in practice and subject to case-by-case evaluation that differs based on the regulatory climate within each Corps District and EPA Region. For more information, see:

For example, many Corps reviewers have been apt to reject an exemption for “maintenance of drainage ditches” if vegetation and sediment had accumulated in a constructed channel or basin, on the rationale that this infrastructure was abandoned because of lack of routine maintenance, or if the ditch is in the vicinity of protected wildlife species habitat.  The Corps Regulatory Guidance Letter 07-02 discusses ditch maintenance exemption in more detail.

Recently, however, some Corps Districts have already begun claiming stormwater channels and basins on the basis that they are either not regularly maintained or convey flow to/from a wetland or stream, and are thus de facto jurisdictional tributaries.  This is a slippery slope; if the mere connection to a stream or wetland is sufficient to claim jurisdiction, rather than considerations of function and form, then most stormwater facilities could be subject to CWA Section 404 permitting requirements.

Additionally, green infrastructure (bioretention basins, rain gardens, vegetated swales, constructed wetlands, etc.) have been widely promoted by EPA and others as an effective solution for stormwater control, water quality, and other issues.  Despite appeals by many stakeholders, the EPA and the Corps have declined so far to provide an explicit exemption for green infrastructure—which may have a chilling effect on its use.

Maintain your drainage ditches…or else!  Maintain artificial drainageways by removing accumulated sediment and colonizing vegetation, and controlling fugitive runoff or seepage to prevent the area from meeting the definition of wetlands.

Retain documentation (e.g. design plans, permits, and maintenance records) for water conveyance systems, especially green infrastructure.  This documentation may be proof to refute jurisdictional claims in the future and prove that features were excavated in, and drain only, uplands.

Where possible, design drainage controls so that they are “off-line” from the local watershed, and avoid controls that channelize or detain surface flows (e.g., curb/gutter elimination, infiltration, bioretention), to reduce exposure to CWA jurisdictional claims.

Remember, even though you design a system or have a permit, the EPA and the Corps may reevaluate in the future and determine that conditions have changed and your infrastructure is now subject to regulation.

If you have questions on if/how the new WOTUS rule may affect your facility, contact Jonathan Farrell at 412-977-1456 or jfarrell@cecinc.com.   If you require assistance inspecting and maintaining your stormwater system, contact Rick Celender at (412) 249-2309 or rcelender@cecinc.com.  The EPA has established a website dedicated to public outreach at http://www2.epa.gov/cleanwaterrule.  We recommend more reading at http://www.naco.org/legislation/Pages/WOUS.aspx. 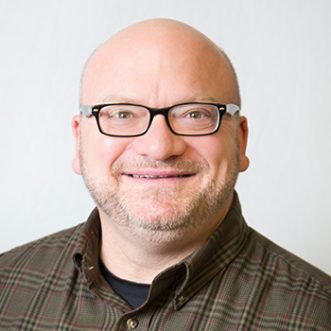 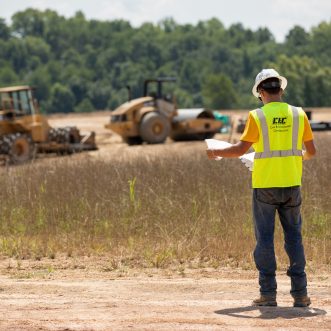