ASTM Phase I Standard Revisions
Revisions to ASTM’s E1527 Standard Practice for Phase I Environmental Site Assessments are anticipated to be released late 2021. AJ McDade sat down with CEC’s Andy McCorkle to discuss some of the changes that can be expected and how they may impact Phase I reports. 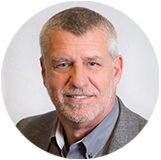 Announcer: Welcome to CEC Explains, your deep dive into fascinating subjects from the worlds of engineering and the environment brought to you by Civil & Environmental Consultants. And now from our CEC studios around the nation, this is CEC Explains.

AJ: Today we will be chatting with CEC Principal, Andy McCorkle about the new revision of the standard for Phase I Environmental Site Assessments. Hi Andy and welcome!

AJ: Thanks for joining us. So, are Phase I Assessments pretty straightforward?

Andy: They’re actually not. There’s some, you know, real simple sort of components to it. You know, number one, being a desktop research. Number two, asking people who know about the property about the property, essentially interviews. And then the third part being a walk around the property to look for things. And the the last piece being that environmental database search and Historical Research into the property. So those are pretty consistent. Those are broad brush items that are done in phase ones, but with the standard itself, you know, the guide, the guide book itself for phase one assessments is nearly 50 pages long.

Andy: So there’s a, there are a lot of pieces, parts because there are so many different types of properties that are so many different kinds of scenarios across the country. You can imagine all the way from in a piece of property in Manhattan to a farm field in the middle of Iowa and everything in between. Pittsburgh be one, where the all these old factories that are, you know, now ballparks and Conference Centers and hotels. The, the range of properties is incredible and that’s part of the thing that the task group wrestles with, are all the concerns that people have about the specific instances. You know what happens in Arizona is actually quite a bitdifferent than what happens in Massachusetts.

AJ: Sure, why is ASTM revisiting the standard for Phase I Environmental Site Assessments?

Andy: By ASTM’s policy, every eight years a standard has to be either reissued the way it is, revised, or essentially, the standard will sunset, it goes away. So, this is the eighth year in the cycle, the last standard was revised in 2013 and so it’s time to take a look at this again and so 2021 the ASTM is going to issue a revised standard.

AJ: Can you walk me through ASTM’s process to revise a standard? And who is involved?

Andy: ASTM establishes committees and task groups that for each of the categories of standards and practices that it is establishes. In this case, there’s a task group for the 1527 standard and that’s comprised of more than 200 individuals from across the country and those individuals are divided into two basic groups. The first group being those who use phase ones, and the second group, being those who produce phase ones. Users wind up being lawyers, banks, lending institutions, insurance companies, and the producers are, of course, environmental consultants, like us.

AJ: That’s a lot of people involved in this. Would you agree that most phase one practitioners feel the current standard is good enough?

Andy: I would agree. I think the standard is good. I think we all can understand that it’s a large document, there are parts of it that are confusing. It’s a consensus document. Many, many people have worked on it. Language in certain sections, we think can be clarified. And so the purpose for the, the changes that are upcoming, it’s not to make any changes in the way the phase ones are done. It’s not to revise any of the major components of a phase one but it’s really being, we hope, improved to clarify certain items that some folks find confusing. The other objective of this, this revision is to try to get more consistency across the the industry, we all know that there are certain folks who prepare maybe substandard Phase I reports. We’d like to see those brought up to a higher standard.

AJ: What does the task group hope to gain from the revisions?

Andy: The idea is to have consultants produce better reports to get more consistency across the industry, like I said before.

AJ: We know one of the objectives of a Phase I ESA is to comply with U.S. EPA’s all appropriate inquiries or AAI rule. Has U.S. EPA been involved in the process and provided any comment on the proposed revisions?

Andy: EPA has been involved all along. Patricia Overmyer, head of U.S. EPA’s brownfields program in Washington, is part of the task group and she’s provided significant comment as we’ve made revisions to this. And, you know, I would say help to be the bumpers on the bowling alley, if you will, the U.S. EPA’s perspective as we’re making these changes. And the process, the way it will work, is that ASTM will revise the standard. It’ll issue, publish the standard, make it public and U.S. EPA will then issue a Federal Register statement that indicates that ASTM 1527.21 will comply with AAI.

AJ: Can you give us any highlights as to the kind of changes we might expect to see in the new standards?

Andy: As I indicated earlier task group’s goal is really to provide clarification and consistency across, across the industry. I don’t think they’re going to be significant changes that require additional scop or additional effort that would increase the cost of phase ones. Basically, the standard’s going to be revised to require what most everybody does, especially with historical research. Right now there’s a requirement to research at least one of the historical resources, but now the standard is going to be revised to require the consultants to look at the big four. The big four are historical fire insurance maps, historical aerial photographs, topographic maps, and street directories. So, the consultants are going to have to look at those for both the subject property and the surrounding properties, or the adjacent properties. The, the other thing that I think the big change that everybody’s going to notice right away, is that the term property in the standard is now going to be referred to as the subject property. The property that we are looking at, in terms of the phase one, that is uniformly throughout the standard going to be referred to as the subject property.

AJ: Can you give us an example of how historical research is being used currently?

Andy: The way it’s being done right now is and, and this is not going to change with the new standard. Most consultants, they hire a database provider that, you know, sends them the information, then generally includes the big four that I mentioned before. Often times, some of those resources are not reasonably ascertainable, you can’t get them or there’s not enough map coverage or there are not aerial photographs that extend back to 1940 or before. So there’s really not going to be any significant change in the way things are done. There’s just going to be clarification in the standard on which historical resources the consultants should go to.

AJ: When does ASTM expect to have the new standard published and released to the public?

Andy: Right now, the current plan is to finish our balloting process to finish revising the standard, getting it out for consensus, getting everyone to agree on it before October or November. And at that time, ASTM will go ahead and issue the standard. Right behind that in December or January of 2022, U.S. EPA will issue its Federal Register that signifies 1527 standard complies with AAI.

AJ: Thank you, Andy for joining us for this episode. Before we go, can you summarize the main takeaways regarding the upcoming changes?

Andy: I think the biggest takeaway is the changes are being made to clarify, not to make any changes that cause additional scope or additional cost. What the task group wants is more consistency across the industry, getting consultants to prepare better reports and I think that’s the the main main takeaway.

AJ: If our listeners want to learn more about the changes, where can they go for more information?

Andy: CEC will be holding a webinar in June 2021, and that’ll be after the current round of balloting and revisions, and hopefully that’s close to the final product that will be produced later this year. So watch in June 2021 for a webinar that CEC is producing for its clients and others. 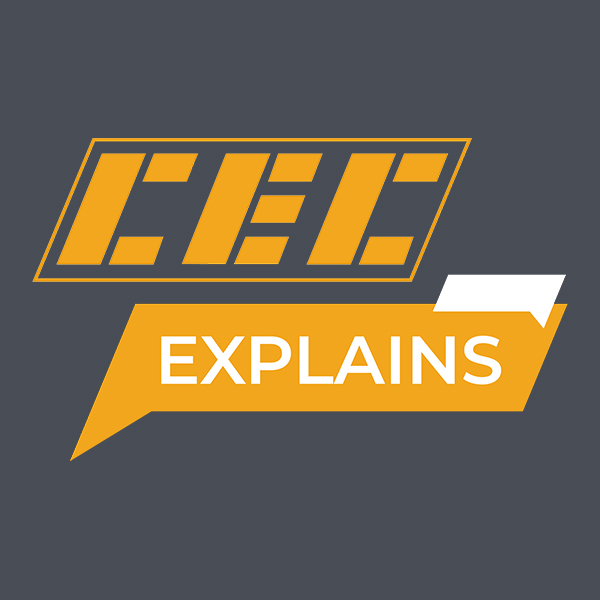 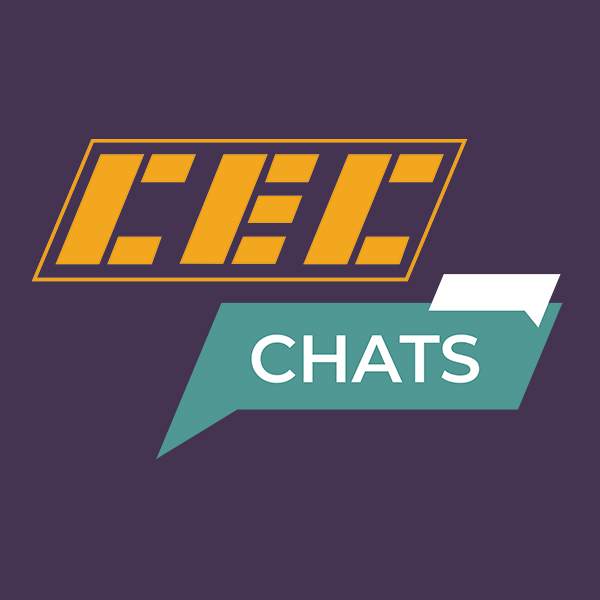 CEC Through the Years 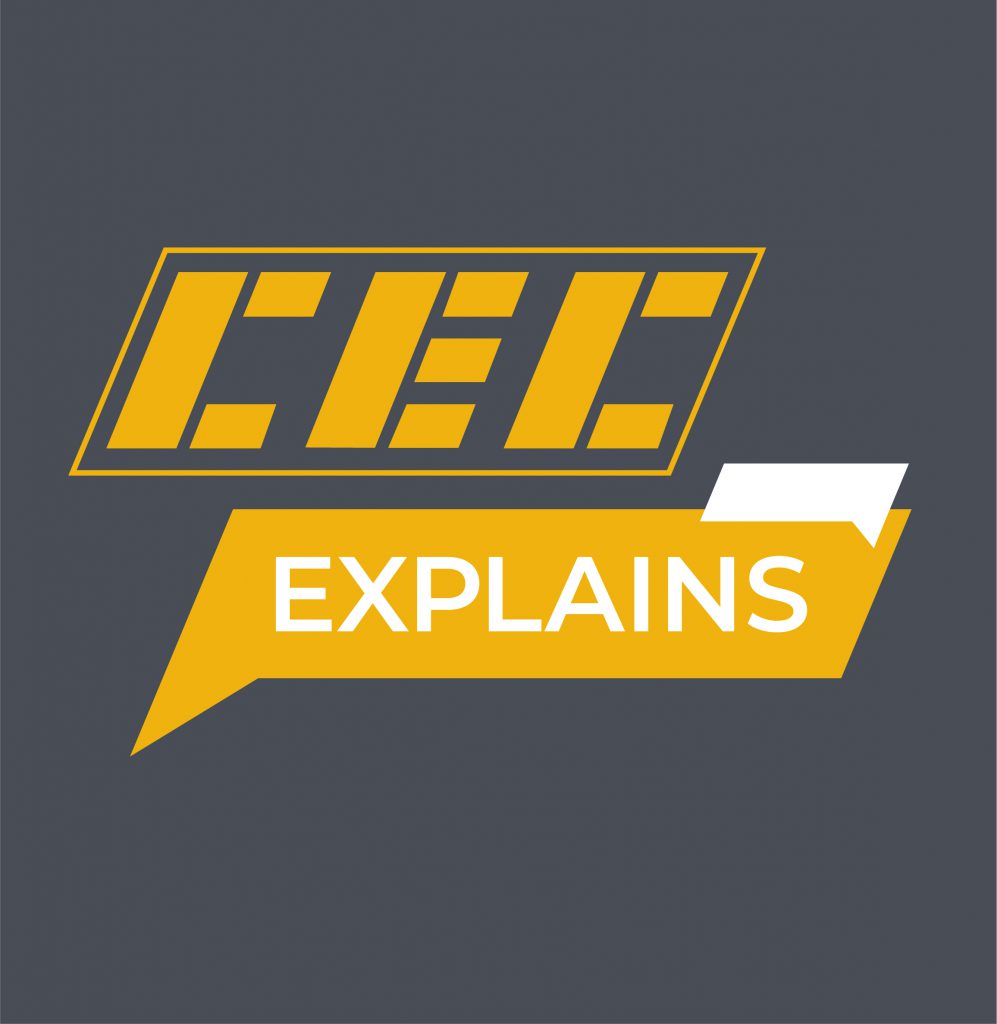 The U.S. Survey Foot is Getting the Boot

Remove the Overburden in Mine Permitting

Demystifying the NFIP: An Introduction to Floodplains

CEC Chats: ESG – Five Questions You Need To Be Asking

Zebra Mussels – Spreading Through Our Waterways

Kicking the Tires: Things you Need to Know Before Purchasing and Developing Real Estate

Let us know what you think

Got an idea for a future podcast topic? We’d love to hear it.