The United States Environmental Protection Agency (U.S. EPA) and United States Army Corps of Engineers (U.S. ACE) proposed a new definition of “Waters of the United States” (WOTUS) on December 11, 2018. The significance of this proposal is that WOTUS are the waters that these agencies regulate under Section 404 of the Clean Water Act (CWA).

The proposal defines WOTUS as including Traditional Navigable Waters (TNW, which are primarily waters upon which interstate commerce could be conducted), intermittent and perennial streams, ditches, channels that are relocated tributaries, impounded streams, wetlands adjacent to streams, and wetlands that have a direct connection to TNW.

The proposal further defines tributaries as excluding ephemeral streams, which are those that only flow during heavy rainfall events. This is likely the most significant part of the rule that will be challenged and is a rollback of the current 2015 federal definition of WOTUS (2015 Rule; see below) and the pre-2015 Significant Nexus standards.

The proposal also seeks to replace the Significant Nexus test with clear, defined categories, making WOTUS easier to determine and not subject to continual legal interpretations. Significant Nexus, a relatively defined and traceable pathway to TNW, had been defined by a United States Supreme Court ruling in 2006 called the Rapanos Ruling. That ruling eliminated federal jurisdiction to regulate isolated wetlands and channels under the CWA. Several clarifications of the Rapanos Rule were later issued, further complicating the definition and interpretation of a Significant Nexus.

The proposal is currently in a 60-day public comment period in which any member of the public can submit a comment and the agencies will consider them. According to the U.S. EPA, the proposal, if finalized, “would apply nationwide, replacing the patchwork framework for Clean Water Act jurisdiction that has resulted from litigation challenging the 2015 Rule. The proposal would also re-balance the relationship between the federal government, states, and tribes in managing land and water resources.”

The current federal definition of WOTUS, enacted August 28, 2015 by the Obama Administration (2015 Rule), essentially includes all channels, wetlands, and ponds that are within 100 feet of a “tributary” to a TNW, or within 1,500 feet of TNW water itself. “Tributaries” are broadly defined and often include discontinuous channels, drainage swales, and any wetland or water body located in a 100-year flood plain. This definition often extends jurisdiction over excavated ditches and other areas that were considered uplands prior to the 2015 Rule. WOTUS could include areas that were determined to contribute to downstream flow, retention, and even nutrient recycling, among other inclusive criteria. Prior to the 2015 Rule, these areas were not regulated unless it could be demonstrated that there was a Significant Nexus.

The 2015 Rule has been heavily litigated, with varying rulings issued in several states and on different legal grounds. On October 9, 2015, the U.S. Court of Appeals for the Sixth Circuit issued a nationwide stay of the 2015 Rule. Several other court cases moved forward in the meantime, making the rule effective in some states and not in others at varying times. Several rulings were issued and overturned in several courts and states. As of September 18, 2018, the latest ruling was that the 2015 Rule only applied in 22 states throughout the U.S., while the prior definitions applied in the remaining 28 states. This unpredictability has added to the already difficult regulatory hurdles faced by landowners, businesses, and the regulated public. Acquisition due diligence has become increasingly difficult, as it is almost impossible to determine what would be regulated; what the permitting path, if any, may be available; and how long the issue would take to resolve.

These hurdles, combined with other laws such as the Endangered Species Act,1 create significant economic hardships for landowners, farmers, real estate developers, and other businesses and industries. Some of these hardships are halting projects or rendering previously developable or farmable land unusable. As a result, the development and agricultural communities argued that the 2015 Rule was an overreach by the U.S. EPA and U.S. ACE. In light of this regulatory landscape, most industries involved in real estate development agree that a formal definition of WOTUS is needed to create predictability in due diligence. Furthermore, such a definition could help owners or consultants identify WOTUS without government verification and alleviate fear of differing WOTUS opinions by the U.S. ACE after a project has commenced, leading to enforcement actions.

Prior to the 2015 Rule, WOTUS were generally defined in the U.S. ACE regulations adopted under the CWA (33 Code of Federal Regulations Part 328.3). Several guidance documents such as the 1987 U.S. ACE Wetland Delineation Manual, Natural Resources Conservation Service Technical Notes, state-issued rainwater and storm water manuals, and Federal Regulatory Guidance Letters were used to further identify and determine the limits of WOTUS. While these resources shed light on how to identify WOTUS, they did not technically define what WOTUS was or what was regulated and what was not. As a result, most developers sought U.S. ACE verifications of WOTUS opinions, typically with the help of consultants. These verifications are expensive and often take months to obtain. In many parts of the U.S., these verifications can only be conducted during the growing season—the time when plants are not dormant. Combined with clearing restrictions, survey windows, and local permitting, this made legally timing construction activities a difficult proposition, delaying or halting projects and increasing carrying costs.

After the 60-day comment period ends, the most optimistic predictions forecast that the agencies will adopt the new proposal in September of 2019. If history is any indicator, however, the rule will be mired in legal challenges and politics. In the meantime, the 2015 Rule applies in 22 states and the prior standard applies in the 28 remaining states. Landowners and developers should exercise caution when acquiring property and add extra time for due diligence to avoid potentially catastrophic economic risk.

If you have questions about WOTUS or relevant regulatory updates, please contact Bill Acton (bacton@cecinc.com) or at 614-310-1041. 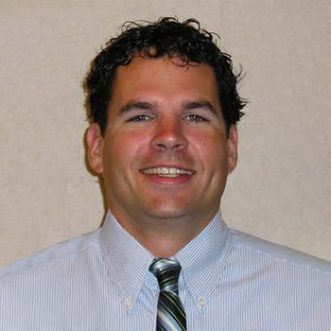