Todd Babcock, LS, P.L.S., of CEC Athens co-authored a paper with Edwin F. S. Danson that was recently published in an issue of the Proceedings of the American Philosophical Society. The paper, “Locating Liberty: The 1769 State House Observatory,” describes using colonial-era surveys and documents along with modern survey equipment and analysis to calculate the location of an observatory that was located at the Pennsylvania State House, better known as Independence Hall in Philadelphia. It is widely believed that the Declaration of Independence was publicly read for the first time from the observatory platform. 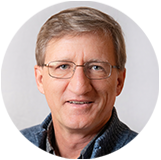