Thread International makes polyester fabric out of recycled plastic bottles sourced from Haiti, Honduras, and now Taiwan. CEC was inspired by Thread’s cause and commitment to sustainability, so we pledged to purchase 100 backpacks during its recent Kickstarter campaign that ran from August through September 2018 with a goal of $45,000. To put it mildly, the campaign was wildly successful; it reached $571,353.

Our Green Team recently took a field trip to Thread’s Pittsburgh location in the Homewood neighborhood for a tour of the facility and to learn about the vision for the company and how they made it happen. We met some of the staff, including Kelsey Halling, director of sales; Christina Gappy, chief of staff; and Ian Rosenberger, founder and CEO.

The idea for Thread began in 2010 when Ian traveled to Haiti for the first time. There, he learned that many people were looking for work and that plastic trash can be transformed into fabric. He and four friends reached out to some global brands, trying to convince them to build factories in Haiti. Each company declined, so the five-person team created Thread and decided to make fabric out of waste on their own. The group learned the process and worked without pay for almost three years while making more than 300 trips to and from Haiti. In the years since, Thread has produced its fabric for collaborations with Aerie, Reebok, Timberland, and Marmot, and has saved over 41 million plastic bottles from landfills in the ocean. They now source material from Honduras and Taiwan as well.

Haiti, Honduras, and Taiwan have no formal recycling collection, so Thread employs local workers who recover plastic bottles from landfills and streets. After the bottles are sourced in these countries, various supply chain stops are in the US, Mexico, Guatemala, and China, with a total supply chain involving approximately 1,400 people. Thread’s commitment to sustainability not only helps the planet by keeping waste off of the land and out of the ocean, but also creates jobs and alleviates poverty in some of the world’s poorest countries. Thread is a certified B corporation, which means it’s legally required to consider the impact of its decisions on its workers, customers, suppliers, community, and the environment.

If you take a look at the bottom of a water bottle, it has a number corresponding to what type of plastic it is. Thread only uses plastic #1. There is virtually no difference between virgin plastic and recycled plastic (which is then termed recycled polyethylene terephthalate, or rPET) in terms of material usability. After plastic bottles are collected, labels and caps are removed. The bottles then go through a “stop and grind” process, at which point the plastic comes out as “flake.” It then gets melted down and extruded through a machine that looks like a shower head. It is then drawn into yarn, which is sent to a facility—which facility? It depends on what it will be used for—and then dyed.

Other companies create sustainability-friendly products in a similar manner, but the difference with Thread is that it has a transparent supply chain. Everything can be traced down to the bottom level, including collection networks and working conditions. Thread also supports a Clinton Global Initiative (CGI) Commitment to Action as it relates to the problem of undignified and child labor in global supply chains.

A Better Backpack
Each backpack saves 619 gallons of water, avoids 0.4 pounds of pesticide, and consists of 25 recycled bottles in the form of water-repellent waxed canvas. In regard to the design process, Thread spent a year sampling various backpacks and improving on numerous prototypes. The approved design has straps similar to the ergonomic straps of a hiking pack and an additional luggage strap to slip your bag onto a rolling suitcase; handles on two sides; a main compartment; a laptop section; and a section for your water bottle, wine bottle, or umbrella. The backpacks come in two sizes and three colors.

A small cord pouch, also new, was available via the Kickstarter campaign as an additional incentive, depending on pledge level.

The specialized machinery necessary to construct the backpacks are located in China, so that’s where the backpacks are being constructed (it takes roughly two hours to assemble a backpack in China, compared to approximately 30 hours in the US). The cord pouches are cut and sewn at Thread’s Pittsburgh office. The finished backpacks will be sent to the Pittsburgh office and then shipped to Kickstarter backers in February 2019.

Thread has plans to expand into other countries in the future and to continue impacting the world in a positive way. We’re excited to see where it’s heading. 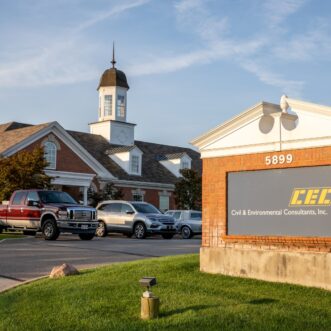 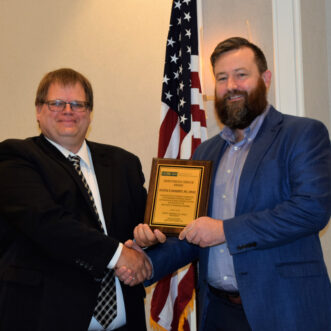 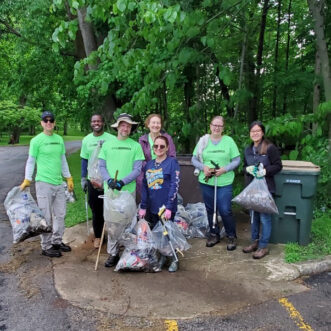