The New Navigable Waters Protection Rule: The 5 Things You Need to Know

Today, April 21, 2020, the U.S. Environmental Protection Agency (U.S. EPA) and the U.S. Department of the Army published the Navigable Waters Protection Rule (the Rule) in the Federal Register. The Rule becomes effective on June 22, 2020. The move is the final part of a two-step process repealing the 2015 Clean Water Rule restoring a consistent definition of Waters of the United States (WOTUS) throughout the U.S. In this post, we cover the five things you need to know: the three changes and the two unchanged items.

The 3 Changes You Need to Know

Since the Clean Water Act was published in 1972, various regulations and Supreme Court cases have tried to define what meets the definition of a WOTUS. As a result, there has been ambiguity and inconsistency on how these definitions have been interpreted by different agencies. The new Rule provides clarity regarding what is to be regulated as WOTUS, stating that the following waters will continue to be federally regulated under the Clean Water Act:

Per the definition of WOTUS in the new Rule, the following waters will not federally regulated under the Clean Water Act:

*Excluding ephemeral streams from jurisdiction is a particularly noteworthy change. CEC can use various data sources, including the National Oceanic and Atmospheric Administration (NOAA) and the Natural Resources Conservation Service (NRCS), to differentiate between ephemeral and intermittent flow, especially in mountainous regions.

**If the “prior converted cropland” meets the “abandonment” criteria (now defined as not used for agricultural purposes at least once in the last five years), areas that have reverted to wetlands and meet the conditions of an “adjacent wetland” as defined in the new Rule will be subject to federal jurisdiction under the Clean Water Act.

In determining whether or not there is a surface water connection between features, the Rule proposes that it be based on the “typical year”, which means the normal periodic range of precipitation and other climate variables over a rolling 30-year basis. This ensures that jurisdictional determinations are not based on conditions that are abnormally wet or dry, such as droughts or flooding. A variety of validated data sources can be used to determine if the current conditions fall within those of the “typical year”.

The 2 Unchanged But Noteworthy Things You Need to Know

The agencies have affirmed that Approved Jurisdictional Determinations (AJDs) issued under the 2015 Clean Water Rule will remain effective for five years after the date of issuance. However, a project proponent can request a revised AJD based on current rules, if desired. Receipt of a revised AJD may be beneficial, for example, if wetlands that were previously determined to be jurisdictional under the 2015 Rule could be determined to be isolated under current regulations. Each project is unique; therefore, we recommend that you contact an environmental professional to discuss the potential value of requesting a revised AJD.

2. Remember, You Must Comply with Regulations at the State and Local Level

The Rule does not change any existing protections or regulations on wetlands and streams that may exist at the state or local level. Some states already have state regulations to protect aquatic features not subject to federal regulation, such as isolated wetlands. Therefore, evaluation of permitting strategy must consider state-specific regulations.

Legal action from environmental groups and some states is expected and may delay the Rule’s implementation.

If you have any questions about this news, please contact Rob Geho (614-310-1044 or rgeho@cecinc.com) or Stephanie Miller (314-656-4584 or smiller@cecinc.com). CEC will continue to monitor ongoing developments. 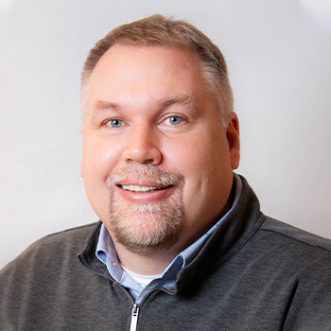