As we approach the company’s anniversary and our corporate headquarters move, we decided this would be a great time to call back on the promotion of our new CEO.

At the start of the year, Dustin Kuhlman was promoted to CEO after 15 years with Civil & Environmental Consultants, Inc. (CEC), making him the first non-founder CEO in the company’s 33-year history. Starting in 2006, Dustin didn’t expect to become CEO one day. This was only his third job out of college, after all. However, through hard work, understanding of the industry, and lasting skills given to him by other experts, Dustin was eventually chosen to enter this significant role.

THE HISTORY OF DUSTIN 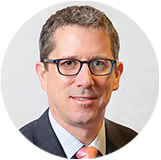 Before joining CEC, Dustin worked for a company based out of northern Virginia. When he and his wife had their first child, they decided they would move to Pittsburgh, where his wife was born and raised. Dustin found a job at CEC “very quickly” and joined as a project manager in the Civil Engineering practice. “I was happy to be here and a part of this organization,” says Dustin. He recalls being interviewed by CEC veterans, co-founder Greg Quatchak and Steve Donaldson, who became the corporate Civil Engineering practice lead shortly after Dustin was hired. “I liked them all right away,” says Dustin. He says their perspective and how they ran the business was “refreshing,” and he “was excited to come here.”

His transition into leadership roles was gradual over time. Within just a year or two of Dustin being at CEC, he was asked to lead the Civil Engineering practice in Pittsburgh. This was the first time he realized the potential he had at CEC and how the organization offers opportunities for advancement within the company. “They saw something in me at the time, and I thought I was well suited for that job. I really enjoyed interacting with the whole team, while continuing to focus on project work and our clients,” says Dustin.

Dustin says the springboard to his career happened when natural gas drilling in the Marcellus shale started to boom in the late 2000s. The Marcellus shale rock formation is located beneath parts of Pennsylvania, New York, Ohio, Maryland, Virginia, and West Virginia and holds extensive amounts of natural gas. CEC saw massive growth during this period, growing from 425 employees in 2009 to more than 650 employees in 2014. “We got really busy really fast and hired a lot of new people into the organization,” says Dustin.

Dustin learned a lot about gas wells during this stretch and led the charge with clients drilling in the Marcellus shale. “I was one of those people in those initial meetings with new clients. It ended up being a huge part of my career,” says Dustin. Dustin transitioned into the natural gas industry consultant group lead, which eventually became known as CEC’s Oil & Gas Market Group. Throughout this time, Dustin was staying “actively engaged with clients, managing projects, and developing business. Those were always in focus,” says Dustin. He made a point to maintain client relationships and see them regularly.

KNOWLEDGE AND WISDOM FROM CEC FOUNDERS

In his roles before joining CEC, Dustin always focused on client care, something he says has been “ingrained” in him since the start of his career. However, CEC helped him specialize in that skill. “If you’re not taking care of your clients, you’re not going to be successful,” says Dustin. In his previous roles as a consultant, Dustin always saw himself as being a part of a service industry, but when he joined CEC, he could tell things were “a little bit different. It was just very apparent that the emphasis on service was amped up from what I’ve experienced in the past.”

Dustin credits Greg Quatchak for putting that emphasis on service in his mind and calls him “a fantastic mentor.” Dustin attended many meetings run by Greg where he would gather groups of engineers to teach and discuss ways they can better interact with their clients. He would often give assignments to the team they could later use as a tool when communicating with clients. “The theme is clients and employees. We want to take care of them both. Without either one of those, this doesn’t work. So, they need to be the focus. That’s why it’s the theme, and I think it’s a necessary theme in this business,” says Dustin. “As I grew in this company, I started to learn more about how it was founded and what [the founders] wanted to achieve when they built it.”

Outside of employee care and client focus, the four founders of CEC taught Dustin even more crucial knowledge he continues to carry with him today. One of those lessons is “a never-ending emphasis on quality.” According to Dustin, CEC’s quality policies were one building block that helped the company develop into what it is today. “People live by these policies; they’re part of our culture, and it’s important that they are. A part of client service is that you have to do good work, you have to make sure your work is checked, and you have to take pride in what you do,” says Dustin.

Something else from the founders that may have left an even bigger impression on Dustin is “that it’s essential to have fun doing this.” The demands of the job can sometimes be overwhelming, and you have to find a way to enjoy doing it, says Dustin. “You need to be able to tackle issues in a way that you can go home at the end of the day and still have dinner with your family and be happy.” 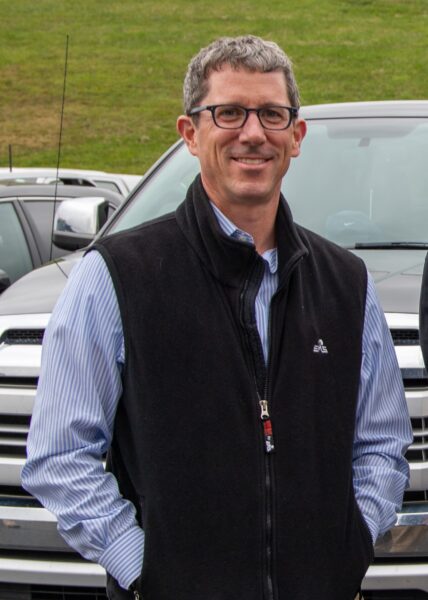 Out of all the accomplishments in his life, Dustin is most proud of his family. He has two daughters and has been married to his wife for nearly 20 years. He met his wife while in college at Pennsylvania State University, where he still returns for a football game or two every year. Regarding his kids, Dustin says, “I’m so happy they are who they are.” During the coronavirus pandemic, Dustin started to embrace his hobby of breadmaking, an activity he’s been doing for the last five years. He and his youngest daughter love to bake bread together.

Making your family your priority in life is also something he saw many people in the company demonstrate. Ken Miller, one of the company’s co-founders, and Dustin will often have talks about family and how important their families are in their lives. “Family has to be first. I think we as leaders have to live by that. Otherwise, I think it sets an unrealistic example and expectation,” says Dustin.

Dustin has received an abundance of lasting knowledge that has truly helped him throughout his career. From the beginning, the four founders planned to pass their industry knowledge on to their team members. Dustin now has the same plan for employees’ growth and development. It’s something he has always tried to do at CEC.

“As an organization, we do have to put processes and programs in place that encourage that focus on development so people are getting a rewarding experience out of working here. If you’re not developing, it’s not very rewarding,” says Dustin. He says leaders and team managers need to understand the importance of development and should take time explaining to employees why they’re performing a particular task and how that fits into the bigger picture of the project and the company as a whole.

Outside of the senior leadership development program, which has helped Dustin and others evolve into the roles they’re in today, Dustin says they are now looking to initiate other development programs at various levels in the organization. One of those programs is for managers, so they “have the tools that they need, and they understand the concepts surrounding the development of their personnel. It’s an essential part of our professional strategy,” says Dustin.

He says leaders should strive to develop others at every level of the organization. This industry is too complex to have one strict training program for the entire company, says Dustin. The only way people are going to truly learn the job is by getting out in the field and doing it while collecting insight and learning from others. Dustin says teaching someone something as simple as how to progress relationships with clients and how to start a conversation are small skills that can go a long way.

“I can’t overemphasize enough the importance of our managers and our leaders recognizing their obligation to develop the people around them,” says Dustin. He says growth and development will be a lasting theme at CEC and have a special focus over the next couple of years. “If we’re sharing that knowledge and sharing that wisdom, we’re in a better position to grow and have a sustainable organization.” 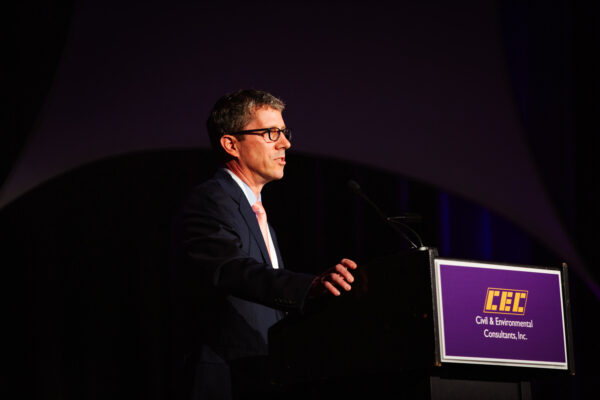 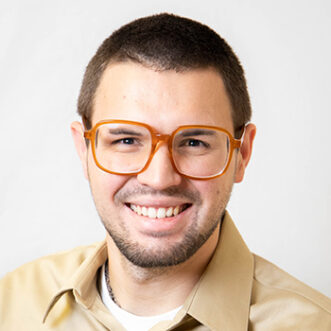 Adam is a Marketing Associate at CEC’s corporate headquarters. He is a member of our podcast team and is also responsible for writing for a variety of our communications vehicles, such as intranet, blog, employee newsletter, social media, and more. Adam has a bachelor's degree in journalism from the University of Cincinnati.