On September 13, 2022, the U.S. Fish and Wildlife Service (USFWS) announced the proposed listing of the tricolored bat (TCB; Perimyotis subflavus) as endangered under the Endangered Species Act (ESA). The USFWS added that the TCB is disappearing primarily due to the devastating effects of a fungal disease called white-nose syndrome that is impacting populations of most cave-dwelling bat species across the U.S. and Canada. Today (September 14, 2022), the USFWS published in the Federal Register their determination to list the TCB as endangered. 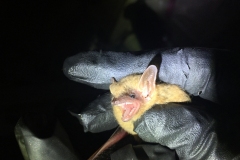 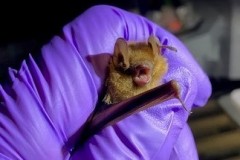 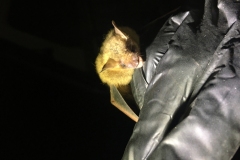 Why Is the TCB Being Proposed Listed As Endangered Rather Than Threatened?

The proposal to list the TCB was determined after a review conducted by the USFWS found a dramatic enough decline in population to meet the definition of endangered under the ESA, which means they feel it is in danger of extinction throughout all of its home range. White-nose syndrome has caused estimated declines of more than 90 percent in affected TCB colonies and is currently present across most of its range. Bats are the only organisms known to be affected by the disease. The disease occurs in 38 states and eight Canadian provinces currently but is still spreading.

The TCB is vulnerable during hibernation in caves, mine portals, and certain tunnels. The species roosts primarily among dead leaf clusters of live or recently dead trees during spring, summer, and fall. The USFWS has determined that other stressors (though to a far lesser extent than the influence of white-nose syndrome) are affecting the TCB.  These include human-caused disturbances to forested habitats used for roosting, foraging, and migration; winter cave, mine, and tunnel habitats used for hibernation; and mortality at wind energy facilities.

The TCB proposed listing reveals the USFWS’ decision based on new and updated best available science. The TCB occurs in 39 states east of the Rocky Mountains including Washington D.C., four Canadian provinces from the Atlantic Coast to the Great Lakes, and in eastern portions of Mexico and four central American countries. 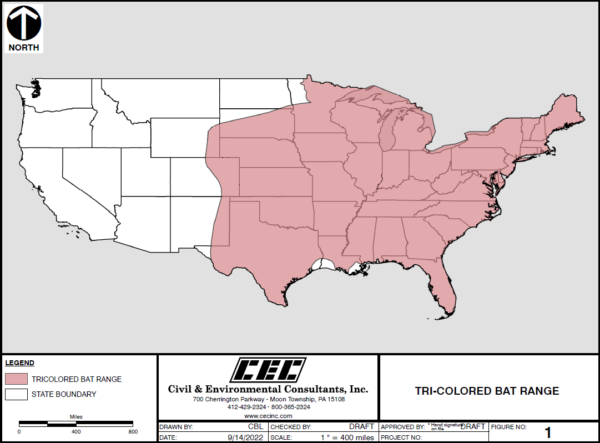 Guidance for surveying for the TCB will likely be developed and published by the USFWS to determine the presence or absence of the species within proposed projects with the potential to impact the species. If the listing proposal is upheld, the guidance would likely be released before the bat summer survey season in 2023. The survey season is approximately May to August for the Indiana bat (Myotis sodalis) and the northern long-eared bat (M. septentrionalis) but could be extended in more southern climate zones.

Comments on the proposal may be submitted through November 14, 2022, either electronically, by hard copy mail, or during a virtual public informational meeting on October 12, 2022, from 6:00 p.m. to 7:30 p.m., Central Time, followed by a public hearing from 7:30 p.m. to 8:30 p.m. To attend the meeting via Zoom or telephone, you must register here.  You may submit comments during the public hearing portion of the meeting.

For more background information on the TCB, including a species profile and range map, visit the USFWS’s webpage at https://www.fws.gov/species/tricolored-bat-perimyotis-subflavus. 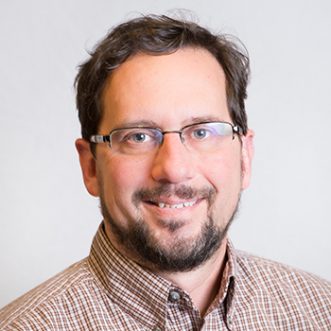 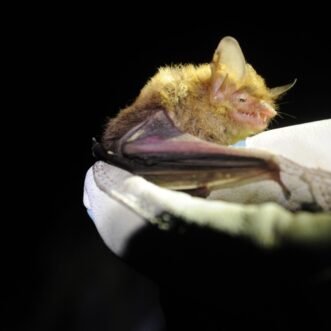 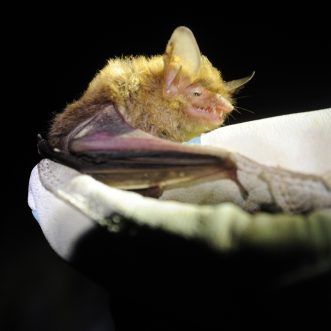