Think of the proposed Columbus Solar Park as the ultimate upcycling project — on the grandest of scales.

The parcel in Jackson Township, Ohio, was permitted as Model Landfill in 1969. In 1985, the landfill stopped accepting waste and was closed. Fast forward 13 years, and the site was permitted as a golf course. The Phoenix Golf Links opened in 2000 and operated for the next 14 years. Civil & Environmental Consultants, Inc. is now involved as the site begins its next transformation.

A solar power generation system producing approximately 49.5 MW is proposed to be installed over approximately 154 acres of existing landfill cap. It is slated to be one of the biggest solar developments of its kind in the country.

Owned by Solid Waste Authority of Central Ohio (SWACO), the location is being developed by BQ Energy, LLC., a New York company specializing in developing wind and solar projects on closed landfills, former mine sites, and other brownfield sites. The Columbus Solar Park is among more than 20 BQ Energy solar projects currently under development.

Abigail Pollock, a project manager in CEC’s Waste Management Practice is at the helm of this latest project. The CEC team brings together multiple disciplines to provide project management and support for the Columbus Solar Park with aspects such as Solid Waste Rule 513 authorization, cultural resource management, threatened and endangered species, geotechnical engineering, and survey. 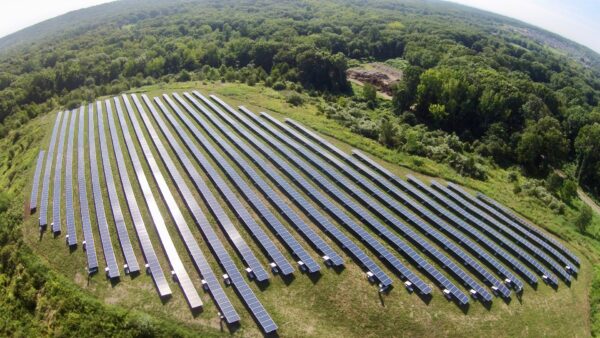 This is the BQ Energy solar park in Derby, CT.

Landfills often have existing infrastructure in place including access roads, fencing, surface water controls, and importantly, electric transmission infrastructure. In addition, solar parks on landfills protect other open lands like farms, which is generally gaining public support. Of course, there are also unique challenges that come with these benefits.

Pollock points to some specific design and permitting challenges for this particular site:
Existing landfill cap system: Closed landfills have regulated cap systems that are necessary to reduce stormwater infiltration into the waste. The solar arrays require foundations that must be designed to not negatively impact the cap system. The Model Landfill has a soil cap that allows the use of a proposed driven-post racking foundation, which is common for landfills of that age. CEC has worked with the design engineer to develop a construction detail for the driven post that includes a bentonite mound around the post and sloped soil to reduce infiltration at the post. This design was approved by the Ohio EPA.

Steep slopes, of greater than 15%: Solar racking suppliers have design limitations that require that ground slopes be less than 15-20%. CEC has prepared a grading plan for the Columbus Solar Park that reduces steep areas while improving drainage and minimizing ground disturbance and impact to the existing facility infrastructure. In areas of grading, the soil cap system will be maintained or replaced with a minimum 2-foot thickness.

Existing facility infrastructure: Landfills require infrastructure in order to operate and to continue to be safe following closure. The Model Landfill has an extensive landfill gas collection and control system (GCCS), as well as leachate collection, management, and transport systems and structures that will need to continue to operate throughout the life of the facility. The GCCS and leachate collection systems were constructed and modified over the years with somewhat limited records available. CEC has worked with the site owners to review all available information and compare to survey data in order to more accurately identify the location of above- and below-ground components to be incorporated into the design. The panel layout is designed to avoid above-ground features that need to be preserved.

Wetlands identification: CEC performed an assessment-level investigation of the proposed Columbus Solar Park in April 2021 and identified one acre that would meet the three specific criteria necessary to be classified as a wetland. The Ohio EPA Division of Surface Water initially informed CEC that any impact to these areas would need to be permitted, most likely as isolated wetlands. CEC presented information to the Ohio EPA Divisions of Surface

Water and Waste Management. The Ohio EPA agreed with CEC and issued a regulatory clarification stating that isolated wetlands that have established on landfill caps will lack junction with subsurface groundwater and consequently are considered by Ohio EPA as private water (i.e., not a regulated water of the State). Avoiding the need to obtain wetland permits for these areas was a big win for the project.

Existing gas extraction system: The decomposing waste in the landfill continually produces methane gas that must be removed. This is performed through a piping and gas well system that collects and combusts the gas. Designing around the existing gas extraction system was another significant challenge at this site, as it is at other solar facilities constructed on landfills, according to Pollock.

Rick Buffalini, a CEC Vice President and a solid waste engineer in the CEC Pittsburgh office, said the Model Landfill has a soil cap, so the project is using driven-post foundations. This presents challenges for a site with a gas extraction system like the Model Landfill. There is about one gas well per acre, with an extensive piping system beneath the ground. “There is a lot of piping, and we must locate that piping before the installation of the solar panel foundations,” Buffalini says. “We may use subsurface utility engineering survey or isolated test pits to locate the underground piping.”

Buffalini adds that “though constructing a solar project on a closed landfill presents many challenges, we have been able to work through these with our client, BQ Energy, and the landfill owner, SWACO.” 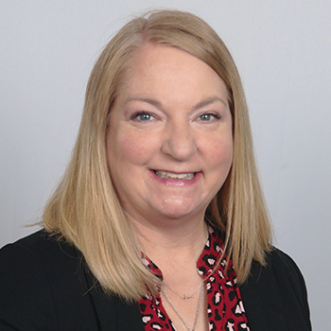 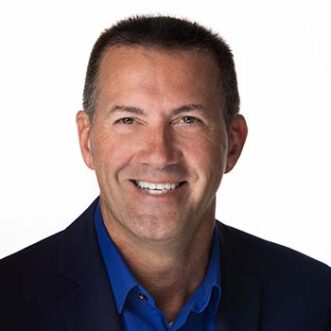 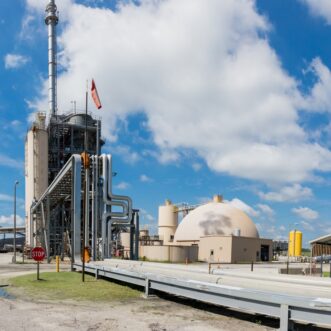